Courtesy of our friends at XLEAGUE.TV 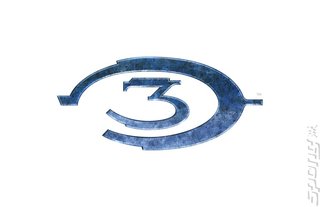 All Images (5) »
You are most likely aware that Halo 3, the World's most anticipated game of, like, all time launches on 26th September in the UK.

What you may not be aware of, however, is that XLEAGUE.TV ? Sky?s dedicated eSports channel ? has put up a prize fund of a cool Ł10,000 for prizes in the channel?s Halo 3 league which kicks off on the day of release.

?The launch of Halo 3 is a landmark in the gaming world. The prize fund of Ł10,000 is a significant increase to our previous prize funds, but we felt it necessary to give such a game the prominence it deserves? Ray Mia, XLEAGUE.TV Channel Manager.

Halo 3 is also expected to surpass the sales of Halo 2 and become the fastest selling game of all time in the USA and U.K., having already clocked up over 1,000,000 pre-orders, and will without doubt surpass anything in box office sales at cinemas around the globe adding to the strength of the global phenomenon which will be Halo 3.

XLEAGUE.TV?s 4 vs 4 Halo 3 tournament registration opens on 26th September to coincide with the game?s release.

Tune into XLEAGUE.TV's 'Games Night' show on Sky Channel 279 later this very evening to see SPOnG?s very own Adam Hartley mouthing off about violent games, Wii Fit, games as art and all his other current bugbears.

Is this channel any good?