Batman to get stealthy? 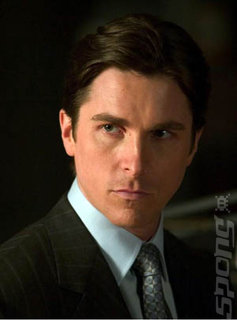 Bale as Bruce Wayne... sorry Tim, Patrick Bateman, really.
The latest rumour to do the rounds about the upcoming Metal Gear Solid film is that Christian Bale will do the honours as Solid Snake.

The rumour originates from an interview with Bale in UK lads' mag Nuts, which contains a sidebar stating, "He's tipped to play Solid Snake in the film version of the classic game Metal Gear Solid." No source for the information is cited, although SPOnG dearly hopes that it comes from Bale himself.

Bale is no stranger to action films stemming from pop cultural licenses, with his performance in Batman Begins as Bruce Wayne/Batman getting him SPOnG's vote for 'best ever performance as a superhero'. His next outing is western remake 3:10 To Yuma, which hits cinemas tomorrow and he holds the record for most on-screen kills as John Preston in Equilibrium with 118. How's that for credentials?

Details about the movie remain elusive, but it is know that Sony will handle production of the film. What we do have is plenty of information about the upcoming Metal Gear Solid 4, and you can find it on SPOnG's dedicated game page.

We will certainly be celebrating at Dorsia with a bottle of Cristal and a chainsaw as soon as we get more details.
Companies: Konami
Games: Metal Gear Solid 4: Guns of the Patriots

Really watch it and they play MGS again and tell me they didnt steal some of the movie! and yes i know the orignal MSX2 MG came first but i swear some of the game scenes are from Escape from New York.

Kojima's admits that Escape from New York is one of his favorite films and thats where he got the name snake from. so if you want to see a metal gear solid film , watch this!

everyone possibly already knows this but its here in case you didnt.

No, it just looked that way because he was in Grindhouse.

No no you silly bastard... We need the guy form terminator... 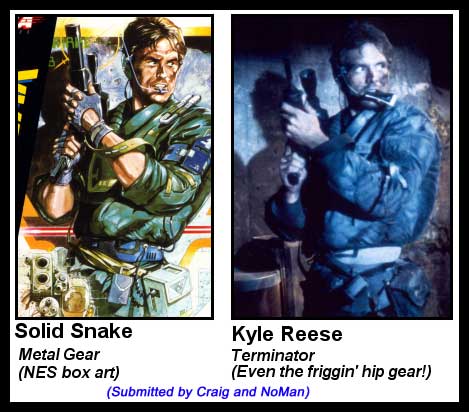 No no you silly bastard... We need the guy form terminator...

Ok thats fine, i didnt suggest anyone for the movie????

but thats friggin prooves that MGS creativity is basically all stolen from movies. 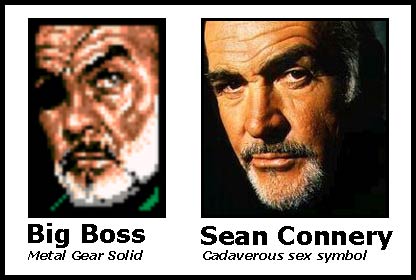 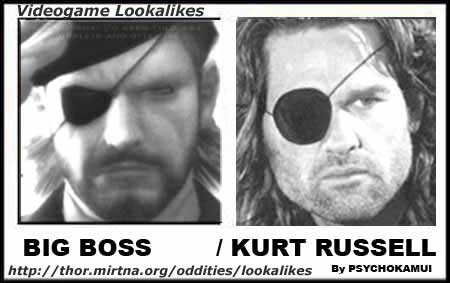 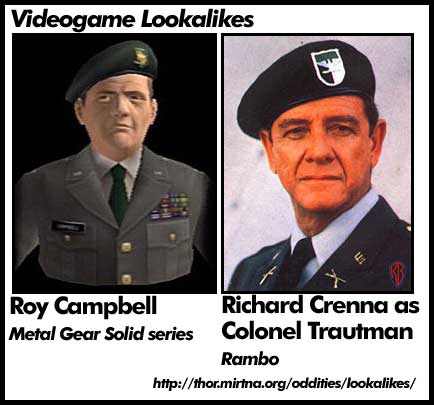 Falo 14 Sep 2007 08:12
10/11
hollywooda wrote:
I like Christian Bale, but he's too clean & sharp for the role of snake, I'd have to go with someone older & bit more ruffed up, i think an unknown actor would work better.
have you seen the machinist? bale is not at all clean and sharp in that - well, he is sharp in that he lost about 4 stone for the role so all his bones are pokingout

Then put it all back on and then some in less than a year to play batman. The man has willpower the likes of which I can barely fathom.

_____
Posting of new comments is now locked for this page.