He 'responds to crazy' 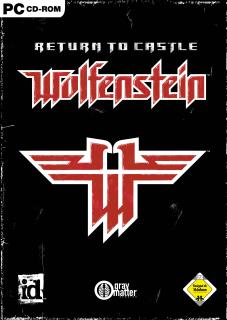 Roger Avary, the writer and director of the upcoming Return to Castle Wolfenstein movie, has spoken out about the trials and tribulations faced by film makers adapting games properties to the silver screen.

?The reason people say that is because they develop a proprietary relationship with the avatar they're playing. They control the moves, they navigate the universe, they become the character themselves -- and it's difficult and frustrating for them to relinquish that control over to a third party. Also, it should be said that the writing and acting in most videogames isn't stellar to begin with, so it's a bit of an uphill climb to perform an adaptation that both lives up to people's expectations and improves on the original's deficiencies.?

No mention of the fact that game spinoffs are often shameless cash-ins aimed at making easy money off the back of the game's success.

Still, if Avary's Silent Hill movie is anything to go by, the director should at least capture the spirit of the game.

Speaking about the Wolfenstein film directly, Avary said, ?It's a WWII "guys on a mission" movie, which means you're going to be blowing shit up, storming bunkers, busting dams, derailing trains, and killing Nazi's. I love WWII films, but with Wolfenstein we get the creature effects as well, and the guys at id Software have already done all the heavy lifting for me in that department. They went to the imagination well and pulled up buckets of craziness -- and as you know, I respond to crazy.

?Return to Castle Wolfenstein is a very specific kind of adventure, and my intent is to make an experience that's true to the franchise and very different from my other work as a director?, Avary added.

You can find out more about Return to Castle Wolfenstein (the game) on SPOnG's dedicated page.

Problem is simple, the wrong games are being chosen. A blank slate game isn't always a good idea. Choose something with a decent story to build upon.

What would you suggest though, because i think unless your a gamer, the majority of movie goers would need something explaining to them from the start as they couldnt just pick up where the game has left off,

That`s possibly why Hitman & Prince of Persia will do good people dont need a background to explain the concept, Hitman is in the title, and Prince of Persia people will just think of Aladin and Sinbad and get the idea, I think the problem is that games are being picked on there story and thats where its going wrong their assuming the majority of movie goers will just know whats going on,

Look at Resident Evil & Doom with massive influence of the games story they didnt explain to the whatcher what was happening proper, but gamers enjoy because we know the stories.

Directors and writers need to take the concept of the game, inject some things gamer recognise but rewrite the entire idea to the point where the story has a begginning middle and end, not just a middle and end.

Joji 11 Sep 2007 11:59
4/4
You could be onto something there. I think one of the reason I enjoyed Silent Hill more was because I was so nto RE series, that I missed it on PS1 and PS2. Because of this my expectations were that of an average film goer, while having knowledge of Silent Hills macabre horror stylings.
Posting of new comments is now locked for this page.