Can Street Fighter be doomed twice? 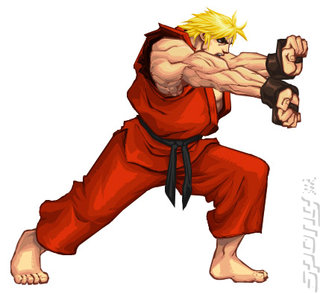 Bartkowiak's other directing credits include Romeo Must Die, Cradle 2 The Grave and Exit Wounds, and he has worked as cinematographer on Lethal Weapon 4, Speed and Dante's Peak. So, in other words, Hyde Park has signed an average director to make what will have to try very hard to not be an average film. Unless it's a s**t film, of course.

This is Capcom's second attempt at getting a movie out of its legendary beat-'em-up franchise. The first one, which starred Kylie and some other people, made $33 million (Ł16.3 million) at the box office back in 1994.

The latest film is being penned by Justin Marks, the scribe behind such other nerd fests as Voltron, Super Max and He-Man.

OptimusP 6 Sep 2007 11:09
1/2
I nominate Pixar...for doing everything...imagine a Street Fighter Movie with 3D animation but with the style of the anime cartoons.

Also gives Pixar the chance to do something more...grown-up with a lot of action but also humor.

Joji 6 Sep 2007 13:54
2/2
I'm really not sure why they are bothering with this, after the Van Damme laced debacle (which even DOA tops). Besides that SF series already has enough anime films and series near enough to the source material, that are actually good.

If this film isn't anime or cg (or a Beowulf like mix), I won't be watching this fall on its face again. I know I should have more faith, but once bitten twice shy and all that.