Damn those covert ops, right in their eyes 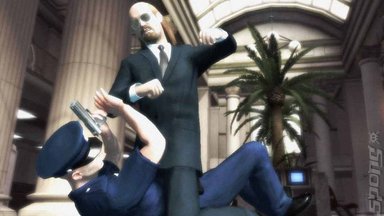 All Images (7) »
Hollywood studio Lionsgate is fast-tracking a Kane & Lynch movie through development, being more than a little impressed with screenwriter Kyle Ward?s script for the movie, with a number of Hollywood A-listers apparently up for taking on the roles of the two mercenary, psychotic killers in the movie of Eidos? forthcoming game, developed by the Hitman guys over at IO interactive.

Hollywood trade mag, Variety, reported in May that two scripts were in the works for the project, but it looks like Ward's draft is the one to make it through the cut.

Check the latest trailer for Kane & Lynch below to see why SPOnG agrees that, following Hitman (already being given the Hollywood treatment, with that movie out very soon this autumn), Kane and Lynch is one of those games just made for a silver screen adaptation.