Get ?em while their cheap? 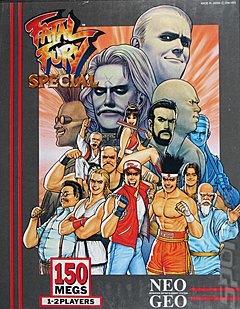 Microsoft has let next week?s Xbox Live Arcade news update out early, presumably because it?s Labo(u)r Day or some other made-up holiday over in the US next week. Cyberball 2072 and Fatal Fury Special will be arriving next Wednesday (5th September).

So, what about these new games? Cyberball 2072 (priced at 400 points) is the update to the 1989 original Atari game known as Tournament Cyberball, while Fatal Fury Special (also 400 points) you can join Terry and Andy Bogard, Joe Higashi and 12 of the toughest titans in one of the biggest matches of the millennium in Southtown, a fictitious American city, as you compete against the ruler of the underworld Wolfgang Krauzer.