And pretending to be rock gods, also 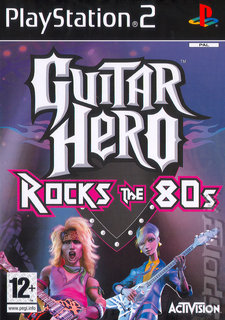 All Images (3) »
The latest US sales data is just in from the NPD market research group and from looking at the figures (below) of top ten selling hardware and games in July SPOnG can conclusively conclude one thing. Americans just love that funny old sport they hilariously term American ‘Football’.

Hardware sales were up 77.4 percent to $380.8 million, with the Wii and DS topping that particular chart. Unsurprisingly. Which looks like this, for the US in July:

Commenting on the data, NPD industry analyst Anita Frazier, said: "The Guitar Hero franchise has solidified its position as one of strongest and freshest video games offerings lately. As long as the future versions continue to bring something new to the table and are fun to play, I see no reason why the franchise can't continue to have great-selling new releases going forward."

She added, "Everyone who has played Rock Band or seen it demonstrated seems really excited about the game, so I think both of these have hit upon something that is really speaking to consumers, and not just the tried and true video gamer. I don't think there are any of us that haven't daydreamed about being a rock star after all."