Plus more new songs for Guitar Hero III, Kaiser Chiefs and more inside 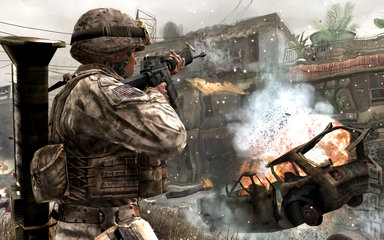 All Images (4) »
Firstly, the bad news. None of the new songs announced today for Guitar Hero III: Legends of Rock are by SPOnG's favourite Manchester bands and Factory Records? stalwarts the Happy Mondays or New Order. This news is gutting! Come on RedOctane, make it happen! You've already got the Stone Roses, it's time to finish the holy trinity.

However, there is a bunch of good news coming out of Activision?s Leipzig camp today, with a new James Bond franchise confirmed, Call of Duty 4: Modern Warfare dated for 5th November (remember, remember) and the following tunes confirmed for for Guitar Hero III: Legends of Rock.

More on Activision?s James Bond games for next-gen consoles, handheld and PC soon, with development duties being looked after by Treyarch, Beenox and Vicarious Visions.