World In Conflict Demo Out Friday 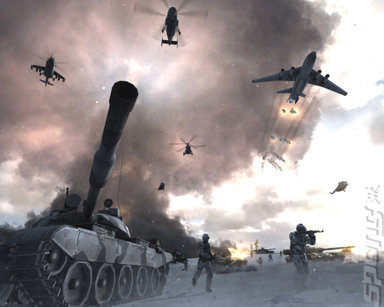 All Images (4) »
Real-Time Strategy fans don't have much more of a wait on their hands to before they can get down to bashing some 'Red Scum' (Communists, before you football fans get all uppity). Sierra Entertainment is releasing a public demo for World in Conflict on Friday.

The demo will feature both single-player and multi-player modes, with up to 16 gamers able to get among it. The map that will be available is dubbed 'Seaside', and will feature US and USSR troops. There, you'll be able to either mix it up with other gamers or take on the game's AI in Skirmish mode.

RTS fans who have pre-ordered the game will also get a bonus in the form of the multi-player-only 'Ruins' map.

From there, it's only a hop, skip and a jump to World in Conflict's release on September 21st.