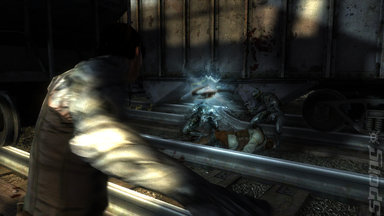 All Images (3) »
Epic's Unreal Engine 3 has come under fire yet again, this time from Digital Extremes, which has worked on the Unreal series. Specifically Steve Sinclair, the director of Digital Extreme's upcoming darkSector, has said that the engine is delaying games.

“A lot of promises were made about the Unreal III engine, particularly on PS3. But as we see now, the time frames haven’t been met and now a lot of games using it are being held up”, said Sinclair.

Mass Effect, for one, springs to mind.

Considering that Digital Extremes partnered with Epic on the Unreal series and has had a long-standing relationship with the Gears of War developer, those words must burn for Epic. For upcoming shooter darkSector, Digital Extremes opted to use its own engine rather than Epic's familiar software.

This comes not long after Silicon Knights, the developer of Too Human, has filed a breach of contract lawsuit claiming that Epic failed to deliver a working game engine with Unreal engine III. The result of this, according to Silicon Knights, is that it was forced to build its own game engine instead. Epic is countering these claims with legal proceedings of its own.