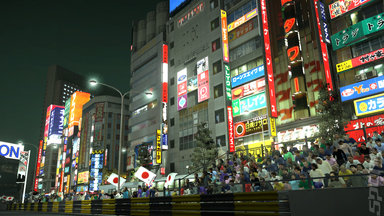 All Images (4) »
SPOnG informed you earlier this week of rumours and rumblings in certain quarters that 360?s most-wanted Project Gotham Racing 4 could well be delayed ? slipping back from it?s original September release date into October or (horror of horrors) even later.

We called Microsoft and we are still awaiting official confirmation on the Project Gotham Racing 4 release date, so we?ll jolly well keep calling them until they tell us. Or at least say ?no comment? to make us stop calling them.

We also emailed our contacts at Bizarre Creations who just got back to us late on this Friday afternoon to say: ?Thanks for dropping us a line! Unfortunately the answer is probably the one you were expecting; if it's not announced by either Bizarre or Microsoft then its just speculation I'm afraid. We haven't announced a release date yet, although we will be doing so in the near future.?

Hmmm, that sounds suspiciously like a Project Gotham Racing 4 announcement on the release is due at Leipzig if you ask us.

Even if you don?t ask us, then we will inevitably be bringing you more and more and more on PGR4, motorbikes and (hopefully not too long) delays from the ex Communist bloc concrete jungle that is Leipzig next week.