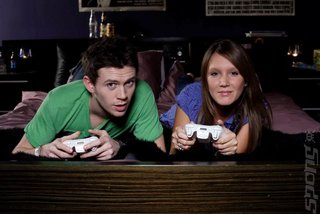 Speaking at GameFest over in Seattle, Xbox Live platform manager Mark Coates dished up some facts and figures about the 360's online service, including news that Street Fighter II Hyper Fighting was the best selling Live Arcade game in fiscal 2007.

Following Street Fighter II (which on release was the fastest-ever selling Live title) in terms of sales volume was UNO (2006's best seller) which came in above TMNT 1989 at Number 3. In terms of revenue, Team 17's Worms came in second, followed by Doom.

Looking at the broader sweep of Live Arcade, Microsoft estimates that by the end of the year 100 or so titles will be available and 45 million downloads will have been made by users.

Live Arcade has been proving a tidy earner for publishers, with an average return of 156% over 12 months. Bucking traditional retail trends, however, the first two months of an average Xbox Live title only account for only 35% of its revenue.

Going into a bit more depth about individual games, Coates revealed that the games with the most users during 2007 have been TMNT 1989, UNO, Worms, Castlevania and 3D Minigolf Adventures.

In terms of the number of hours sapped from 360 owners lives, however, it's casual games that come out top. Jewel Quest and Hardwood Spades come out on top in terms of average session length, while UNO and Texas Hold 'Em have racked up the most minutes played in total.

Coates also revealed that the average number on a friends list is 23.