Bad boy gets the spotlight 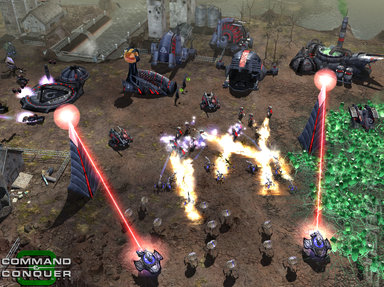 The expansion, dubbed Command and Conquer 3: Kane's Wrath, will focus on its evil namesake, who runs the quasi-religious global corporate/military group sinisterly known as the Brotherhood of Nod.

The news comes from the first battlecast video report over on the official C&C3 website. One of the anchors said, "It's all about Kane. It chronicles his rise back to power after the second Tiberium War and continues all the way through C&C3."

The expansion will feature the live cutscenes we've all come to know and love, with actor Joe Kucan once again picking up his role as Kane. The video also shows clips featuring Josh Holloway of Lost fame.

Producer Jim Vessale added, "It will also be introducing a few new characters", before going on to state that it will focus on the "global domination metagame" (or "Risk on steroids", if you prefer).

As you'd expect, Kane's Wrath will introduce new units, powers and upgrades, as well as splitting the three primary factions into two subfactions with unique units.

The expansion will also introduce the PC version's radial interface to 360 owners, allowing for faster order barking on the battlefield.

The expansion will launch simultaneously for the 360 and PC, although a specific date has not been given.

You can bone up on C&C3: Tiberium Wars on SPOnG's dedicated game page, then you can see the battlecast here.
Companies: Electronic Arts
Games: Command & Conquer 3: Tiberium Wars