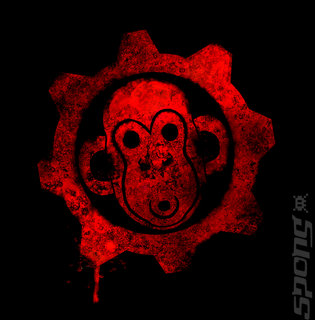 SPOnG informed you earlier today that Free Radical’s rambunctious game script-writer Rob Yescombe has confirmed that Timesplitters 4 is in development.

We managed to get Rob on the blower today as he took a few minutes out from putting the final touches to the mighty Haze (due later this year on PS3.

Speaking from his top-secret bunker hideout (M1, J25, then just off the A52, first faceless building on your left) and moaning on about insect-bites in places we would rather not have known about, Yescombe told SPOnG,“Yes, we can finally announce that Timesplitters 4 is in development. We’re at the very early stages at the minute. In terms of content, we’re still figuring out what we want to do. Right now if we wanted to include everything we want to do in the game, Timesplitters 4 would be out sometime around the year 3000.”

Any ideas about platforms?

“Nope. No idea about platform, everything is a possibility, everyone’s wild fantasies can be entertained,” Rob cheekily informed us."

Tell us something about what we can expect though Rob. Go on spill some monkey beans!

“Well, content wise, all I can say is that it is going to be Timesplitters, but times a million. It will have the same feel, it will be both fun and funny just like the past games. We will include lots of jokes about and at the expense of videogames and at the expense of our own games. The Gears of War cog image (pictured here) gives you a good idea of what we're going for with the feel of the game.”

We ask Rob if he’s seen anything of EA’s forthcoming The Simpsons game, which similarly includes lots of jokes about and parodies of well-worn gaming genres and clichés and is genuinely Very F&**ing Funny.

“What the hell!” Yescombe exclaimed, “A game that is actually funny? Jesus!”

So what kind of jokes at the expense of gaming can we expect to see in Timesplitters 4?

“Well, all we have to do now is hire someone to make it funny.”

What are you paying?

Check out the first concept image from Timesplitters 4 right here on SPOnG.

“Let’s just say there is a Wii in the office.” - Rob Yescombe

“Personally, as a gamer, I think it has definite potential (as a first-person shooter controller). It can be done, you can get really great FPS controls with the Wii. I think it has huge potential there.” - Derek Littlewood