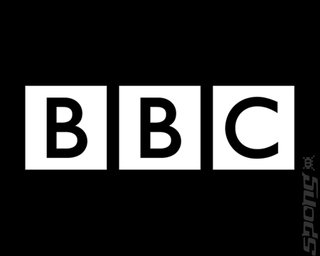 Rumours have begun to circulate that the BBC is poised to make a major move into gaming.

Scotland on Sunday reports that the BBC will "beef up" its games offering (it currently offers a handful of web-based casual games based on its shows) using the iPlayer, which provides the corporation's video on demand content. Unnamed "industry sources" are cited.

The speculation stems from last week's announcement that Simon Nelson, the controller of multiplatform and portfolio at BBC Vision, will keynote at the Edinburgh Interactive Festival alongside Ubisoft's Yves Guillemot.

If the rumour proves true, this won't be the first time that the BBC has made a serious push into the world of gaming. The beeb's involvement goes back to the early '80s and the release of the BBC Micro. A large number of games were released for the computer, including the classic Elite. In 1995 the corporation established the BBC Multimedia division during the rise of the PC CD-ROM. Over the course of ten years the studio grew to incorporate a thirty-strong development team focussed on making games based on BBC intellectual property. In 2005, however, the division was reorganised to focus on licensing out IP to third parties.

This isn't the first time rumours have circulated that the beeb may renew its gaming efforts of late. Back in April the BBC's Worldwide VP of digital content, Alice Taylor, indicated that the BBC may start to spend our license fees on MMOs.

SPOnG is, however, dubious. While a bigger push into the world of casual gaming might serve the BBC well, un-cited "industry sources" does not quite measure up as the credible confirmation we'd like to see.

Ironically MCV, which qualifies as a credible "industry source", has picked up the story from Scotland on Sunday. SPOnG waits to see whether this will become a self-fulfilling prophecy.
Companies: BBC Multimedia

I'd rather see a talented developer make a game based on (for example) Doctor Who, than have the BBC try and do it on the cheap and make something that is nothing less than embarrassing. Mind you, if it turns out they're using the license fee money on this to pump out trash, there will be big trouble. It's bad enough that they force us to give them money for old rope. Perhaps the BBC know that their days are numbered and are looking into other ways to get the cash in.

Joji 6 Aug 2007 14:12
3/5
This is a laugh. I wouldn't buy their crap, when I have no choice in the always rising license fee. Fightbox was truly awful and shows that because the BBC cling to their programing standards so much, that they don't have a clue when it comes to anything involving games.

Games to the BBC means stuff for kids and no one else, like Fightbox and that Bamzooki crap. When the BBC still think games are like this, its ever so clear how out of touch they are. Not one games related program has evolved and stood the test of time with them, even being beaten by Cybernet. Frankly, I'd rather watch Cybernet anyday, at least it gives me what I need.

The BBC now want us to fund their mostly stupid digital channels, which to be honest there's hardly anything on, bar some good docus and comedy. The oppurtunity with these channels could have produce a games based show we've been after for so long, but alas no.

If they can't even do a balanced games show well, after all these years, what chance do they have for a decent game? Get lost BBC.

I've seen and played with (helping my children!) Bamzooki and to be fair it's very different to Fightbox. It might be for kids but they could easily do something based on similar concepts and technology that would work for other age ranges. Its a contest-based gameshow and works well in that space - the 'gaming' aspect comes from the fact that anyone can participate by building and competing amongst each other outside the TV space but they don't make as much of that as they could do IMO.

Many people have too narrow a view of what 'gaming' is and are still stuck with a male-centric console-gaming mindset which is sooo this decade :) New concepts and technology are widening the field, from mobile technology and significantly cross-media propositions (aka '360'). It's great to see the BBC experimenting in these new fields of broadcast and publishing. Let's face it, if anyone would be in a good position to handle 360 it should be the BBC with TV, Internet, radio, a mobile division, magazines, etc.

Joji 7 Aug 2007 12:34
5/5
I agree the BBC has the infrastructure to try, and the Bamzooki concept has some merit, but to me Bamzooki just seems like a lame virtual robot wars or Robot Wars Lite VR.

To really show they are serious I really feel BBC have to sort out a decent games show first, as a stepping stone of their intention. They have the digital channels, one of which has spawn Adam and Joe Tokyo and Japanorama, two of my faves next to the Mighty Boosh. Japanorama focuses and gives me my nippon fix, so I'm sure it wouldn't hurt to cover games at a decent hour. If XLeague can come out of nowhere and provide something, what's the BBC's excuse?

As for the games, I think BBC would be reluctant to aim anything at a teen/mature audience, by aiming their games at an easy to please kiddy crowd. Next to Nintendo they'd have little chance of succeeding to break even. When they can deliver for all ages, they'll have a chance though.