"Size and scope" to blame? 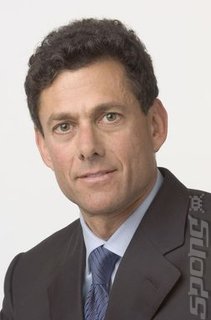 The game is being developed by Edinburgh-based Rockstar North.

Zelnick puts the delay of one of the most anticipated games of this or any year down to the fact that it's being developed for both Xbox 360 and PlayStation 3. Says Strauss:
"The size and scope of this game are virtually unprecedented in the industry, and the development on two highly sophisticated, new, 'next-gen' platforms has definitely been challenging."

This has been backed up with an official statement from the desk of Rockstar's main man, Sam Hauser:
"Every aspect of the game and its design has been completely transformed. The game is huge and is pushing the hardware platforms to their absolute limits. The top engineers from Sony and Microsoft are working closely with the team in Edinburgh right now, helping us to fully leverage the power of both platforms."

"Leveraging power" is all well and good from a marketing and PR wall of fog point of view - but frankly, it's not good enough. It's also interesting to note Hauser's 'leveraging' of the fact that it's not just Rockstar's fault, even the 'top engineers' at Sony and Microsoft can't make the damned thing come in on time.

Quite what this does for the recent deal between Take-Two and Microsoft in which the latter forked over $50-million (Ł24m) for exclusive downloadable content, which was due to appear in March '08, is unclear as Take-Two officers refused to comment.

The news came during the same meeting in which Zelnick stated that Manhunt 2 is being 'delayed' until the next financial year - in the U.S.A. The game is, of course, currently banned in the the U.K. - although this is currently be appealed, as we reported earlier this week.

None of this is good news for Take-Two which, even after appointing a new board based around Zelnick's proven ability to get troubled companies back on track, is already under investigation by the SEC.

The delay to GTA IV is also unlikely to make the company appeal to any potential suitors. It also leaves GTA developer, Rockstar, with two major games delayed for two very different reasons looking for some way to keep the public interested. Let's hope that the recently announced Bully: Scholarship Edition and Table Tennis for Wii can be released on time.
Companies: Rockstar
Games: Grand Theft Auto IV

Joji 3 Aug 2007 11:32
1/6
If Bully and Table Tennis don't get out the door, Rockstar will have a dark xmas. However, the lack of GTAIV might actually be a blessing in disguise, the xmas schedule is just too jam packed now. They really have to stop doing that.

Heaven knows where I'm gonna find the time to play all of these, between reading manga, clubbing, watching footy and all the other stuff I do.

Bentley 3 Aug 2007 12:17
3/6
I wonder how long before they admit they can't fit it on a 360 disc. San Andreas practically filled a DVD, so they will have to go some to fit it on a DVD without seriously dropping some quality. Surely? Some of the textures are already looking ropey, I suspect this is in an effort to scale it back so it fits on a DVD. Shame... imagine the potential if they were not limited to 8-9GB of data. I suspect the 360 version will use some crazy compression for audio files, for a start, so may suffer in audio quality. It will be interesting to see how they do it. And at least now perhaps the PS3 version will take advantage of the proposed directional-rumbling controller. The delay, then, is a good thing; it can only mean an increase in quality. Imagine the fallout if they made a rubbish GTA. Gamers hearts would break the world over. I know plenty of people who bought a PS2 purely on the back of GTA III... in my opinion it's the game that 'made' the last generation what it was. It would be great to see the next one do something similar for the "new" generation.

Joji 3 Aug 2007 12:25
4/6
Yeah, I want Bioshock too, it looks groovy. Its a toss up between Bioshock and Blue Dragon this month, and my 360 is crying out for an rpg to sink into. Most of the list are shooters anyway, but I'll still get Bioshock at some point, just not immediately.

What I'd really like before 2008, is Persona 3 on PS2 (but its looking doubtful). A superb game that tips the jrpg on its head and shakes it. Forget FF, Persona 3 is the kind of imaginative and refreshing experience rpg we need more of. FF is making the genre good but really stale these days. Once upon a time, Square could make games like what Atlus have done here, but these days Square fails us.

Hopefully, Spong will be able to highlight Persona 3 in a feature of some sort (you know it deserves one), as it could well be one of the last great PS2 rpg games we'll see, next to Odin Sphere (which also deserves a feature too), as PS3 releases get stronger.

Any u.k/euro release dates on these two, Spong?

looked at some of the P3 screens...looks OK...but not my cup of tea, kinda burnt out on the Japaneese schoolkids deal, though I would play an Ikkitousen RPG, heh...

Joji 3 Aug 2007 15:45
6/6
I suggest some reading on Persona 3. I've played a lot of rpgs over the years. Blue Dragon makes its mark not on just 360, but rpgs as a genre and what they once were. Persona 3 also does that and more. Check these below and read up to see why I say this. The first one you should really read.