EA: Christmas Will Be "Murderer's Row 2"

Plus: worrying about John Madden 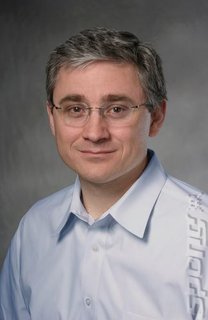 EA Games president Frank Gibeau thinks that the coming winter holidays will have such a strong roster of releases that he's calling it "Murderer's Row 2".

Speaking in an interview, Gibeau said:

"The way the market works this year, we've been calling it "Murderer's Row 2" inside EA. There's some terrific competition coming. Call of Duty 4 is spectacular. You look at Halo, and you look at a lot of first-party titles, and there's some good stuff coming. We like our chances in that mix, but you never know. The customer gets to vote."

He went on to outline the launch butterflies EA gets with Madden titles, saying "If you get the game right but the marketing's wrong, you end up with a loss. If you get both right, then you're there. I think the nervousness is something that we have on all titles. We get nervous about Madden (previously Gibeau's responsibility, recently turned over to Peter Moore's EA Sports division) every year. We track it to the nth degree to make sure that the launch goes well. I always have an anxious night before release to get the first results in, to be honest with you."

Gibeau also weighed in on the state of play for Sony with the PS3, saying, "I don't think the PS3 is necessarily in a bad spot, but it's not necessarily in the number one spot, like it has been traditionally with the PlayStation brand. I think what that platform really needs is platform-defining content."

Lock up your children, folks. Christmas is only just round the corner...