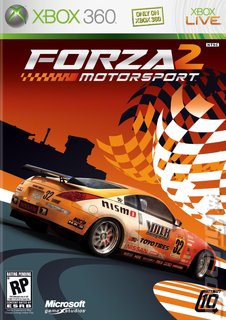 Microsoft has teamed up with Nissan to bring Forza 2 its first downloadable content. Motoring enthusiasts can head over to Xbox Live to grab a free Nissan car pack, including the 2007 Sentra SE-R, Altima and 350Z.

If that's not good enough - or you're simply ashamed of your driving skills - you can also enter an in-game customisation contest (or 'Pimp My Sentra') to show off your flair for making cars look pretty. You can get the details from Xbox Live, with the contest kicking off on August 10th.

If that's still not enough, you can also get your driving gloves on the Peugeot 908, which just came second at the 24 Hours of Le Mans. It will be the only paintable car in the game.

To find out how Forza 2 stacks up against piling around the Northern Territories of Australia, click here. You can find out more about the game on SPOnG's dedicated game page.
Companies: Microsoft
Games: Forza Motorsport 2

I beg your pardon?

The 908 will be the first paintable race car in the game...

PreciousRoi 8 Aug 2007 21:09
3/3
bloody hell, they want 50 points for it...pretty sleazy, up till now I'd resisted participating in the microeconomy...
Posting of new comments is now locked for this page.