Mess up your Fiesta 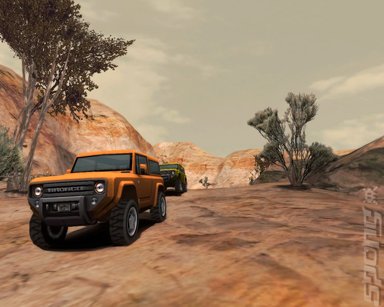 All Images (4) »
Empire Interactive has just revealed the first details and screens from the next instalment in its Ford Racing series, which currently goes by the working title Ford Off Road.

The latest game will be released on the PSP, PS2 and PC and will, as you might have guessed, take Ford's automobiles away from the beaten track. For the first time you'll also be able to live out your fantasies of writing off your Escort in appropriate bonnet-crunching style, instead of flying into walls at full speed and bouncing away without a scratch.

Dig into the screens below to see what you think.
Companies: Empire Interactive
Games: Off Road