Evil Pokemon hoofed out of Arabia 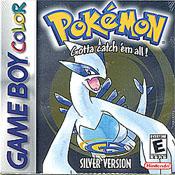 The Saudi Arabian Higher Committee for Scientific Research and Islamic Law has deemed the best selling series of Pokemon games to be too similar to gambling, and to be objectionable for a variety of reasons.

Sheikh Abdul Aziz Bin Abdullah has told Muslims across the world "to beware of this game and prevent their children from playing it so as to protect their religion and manners.?

Other content in the game was also deemed unsuitable by the institute, especially ?Judaic and Christian imagery,? said to consist of the Star of David and several Christian Crosses. Also the game is said to support Darwinian theories of evolution, which are refuted by the Koran.

Poor old Pokemon eh? Banned in Turkey, burnt in Mexico and now banned in Saudi Arabia. It seems that anything that kids really like is deemed evil by someone or other. There was a massive movement to ban Space Invaders back in 1980 in many countries including the USA. Doom, Duke Nukem and Resident Evil have all caught the eye of the guardians of our religious and moral integrity. Remember kids, it's for your own good... so you?ll just have to get used to it!
Companies: Nintendo
Games: Pokemon Blue