Get Guild Wars: Eye of The North Early 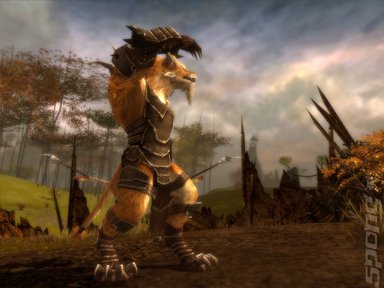 All Images (5) »
NCsoft has just announced that as of Friday, early bird Guild Wars fans will be able to get their hands on the Eye of the North pre-release bonus pack, complete with a set of bonus features as a reward.

The game won't actually be live until it goes on general release on August 31st, but gamers who get the bonus pack will get a sneak peek at the expansion between August 24th and 26th. The announcement tells us, ?Players will be able to explore the Far Shiverpeaks region of the world, home of the barbaric Norn. Everything players obtain during the Sneak Peek Weekend, including items, XP, Heroes, and loot, will be permanent and available when the expansion goes live.?

Also included in the bonus pack will be exclusive weapons, including the Glacial Blade, the Hourglass Staff, and the Darksteel Longbow which are based on winning entries from the Guild Wars Design-a-Weapon Contest. Additionally, there will be a Guild Wars Trilogy Trial DVD which grants access to the existing three Guild Wars campaigns for 10 hours or 14 days (whichever you use up first).