It's not about the features lists... 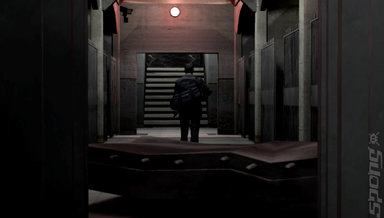 All Images (6) »
SPOnG was treated to a sneaky, very in-depth preview of Rockstar’s gloriously sprawling epic, GTA IV, earlier yesterday following the quick demo we managed to catch at Take Two’s E3 conference. It is (unsurprisingly) easily up there with our favourite games of the show this year.

GTA IV, you will be glad to hear, is shaping up to be all it’s already hyped to be. The character interactions are excellent and the beautifully lit Liberty City environments - featuring numerous recognisable and iconic NYC landmarks - are a joy to cruise around as you kick back to by far the best selection of music in any GTA game to date. The series’ trademark humour is also here in spades, with random outbursts from non-player characters, tongue-in-cheek radio ads and hilarious naughtily-named shops having us laugh out loud throughout the lengthy demo.

However, as is the case with these things, we’ve sworn a special oath (read: signed a non-disclosure agreement) to not spill any of the beans on most of the new details and game features we were shown until a little later next month. We can, however, tell you a little more about some of the features that we saw and that were shown at E3 last week.

The main thing that really needs to be appreciated about GTA IV is that it really does achieve the task that Dan Houser and his team at Rockstar set out to achieve at the start of the project – the overall feeling of being a fully-rounded character taking part in an unfolding, epic story of life in Liberty City is truly astounding.

In GTA IV your character, Niko, is able to run multiple missions within the game at the same time, so there is no longer any feeling of ‘complete mission A, then move on to mission B’ as in past iterations of the GTA series.

This, combined with the use of Niko’s mobile phone – which doubles up as his personal organiser and his camera, enabling him to be in constant contact with everyone he needs to be in the world around him - is largely what gives the game a winning and far more organic, immersive feel.

“We’re not really about 'here’s the new features lists of weapons and so on' we’re more about 'this is a totally fresh and totally organic videogame experience, building on what we’ve achieved before in the GTA series,'” a Rockstar rep told SPOnG.

And, by golly, he’s only right. After spending a grueling week at E3 last week, there are only so many demos and presentations of games that you can sit through where the producer or developer rolls out ‘new features list A/B/C’ before your attention begins to waver.

Forget your features lists! Tell us what’s new and cool about the game as an experience. Tell us what we can tell our mates in the pub who want to know what games they need to buy this autumn/winter. Don’t tell us ‘Game X has 6 new weapons and 4 new vehicles and 2 new levels,” because that really doesn’t fire the imagination so much, Mr. Developer.

See the latest GTA IV screens right here. SPOnG’s fully detailed preview will be with you in early August. Just make sure if you buy one game this year, its this one. Or maybe Skate. Hell, buy both.

deleted 17 Jul 2007 12:46
1/1
if i buy one game i would get his, but what about, halo 3, mario galaxy, metroid 3, eternal sonata, too human, alan wake(if it hits this year), assasins creed, etc etc?? this year is defoo gonna be good ooooooo im all excited, and by the year end broke!
Posting of new comments is now locked for this page.