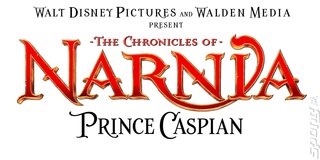 Disney Interactive Studios has taken the opportunity provided by E3 to announce The Chronicles of Narnia: Prince Caspian based on next year's film of the same name. The company has also put out the trailer below to give us a handy little taster of what we can expect from the game.

Without further ado, here's what Disney has to say about the game:

?The Chronicles of Narnia: Prince Caspian game takes players beyond the events of the upcoming Summer 2008 blockbuster film. A year after the events of the first film, The Chronicles of Narnia: The Lion, The Witch and The Wardrobe, but 1,300 years in Narnian time, Prince Caspian finds the Pevensie children returning to a darker land where the Narnian creatures have been driven into hiding and Narnia is under the rule of the evil tyrant Miraz.?

The game will appear on the Xbox 360, PlayStation 3, Wii , PlayStation 2, PSP, Nintendo DS and PC. It's coming from the capable hands of Travellers Tales (except for the DS version, which hails from the Disney's Nintendo-focused Fall Line Studios).

For those of you who're familiar with The Chronicles of Narnia through Disney's film or the BBC series a from a bazillion years ago, the series comes from some things made out of paper with words on them. The series was written by C.S. Lewis, with the volume in question seeing release in 1951. Be careful though, there are some Christian parallels to be found in the series. Don't say we didn't warn you...