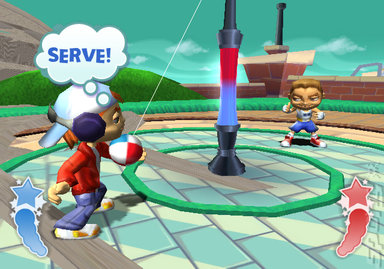 Here?s another odd one which, like The Simpsons Game, could go either way. Although, after looking at it and playing it, we?re somewhat inclined to fear that it might be a bit crap. Nevertheless, it?s a new piece of intellectual property for EA and has been specifically designed for the Wii. It consists of what we would call mini-games, but which EA was at pains to deny were mini-games, all of which you would find in the playground at school. Including dodgeball and slot-car racing. There are also sub-games like hoops and marbles.

Everything in Playground is playable by up to four people (four people playing dodgeball was particularly confusing) and there?s some sort of mechanic which could lead to you being top dog in the playground. If that?s the sort of thing that floats your boat.