With real actors and everything! 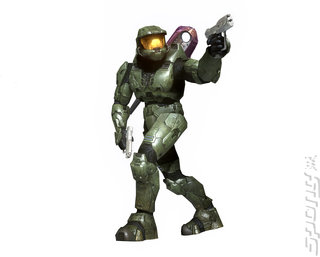 If you've read SPOnG's coverage of Microsoft's opening press conference for E3, you know that Peter Moore, head of Microsoft's interactive entertainment business division, showed off a Halo 3 short film. Well, for your viewing pleasure, SPOnG has the short below.

Directed by Neill Blomkamp of Peter Jackson's WETA studio in Australia, the film uses a handsome blend of CGI and actual, real, solid actors to show us that going to war's a man's business.

The short below isn't the only Halo 3 video SPOnG's brought you this afternoon. If you want to see some in-game footage, follow us this way to the first video to feature the game's single player campaign.

If that's still not enough, have a look at SPOnG's dedicated Halo 3 game page for more.