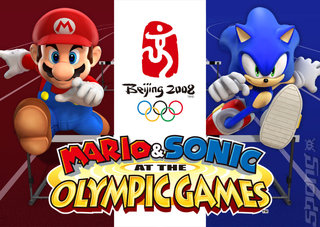 In the slightly rubbish game of pre-E3 poker, SEGA is the latest to show its hand inexplicably early, revealing 13 titles that it plans on showing the assembled mini-throng at this year's somewhat odd Electronics Entertainment Expo in Los Angeles.

It's a mixture of the sublime and the quite good to be fair to SEGA, with the eyebrow-raising Sonic and Mario at the Olympics mixing in with SEGARally (the game we're secretly telling ourselves will be the greatest remake of anything ever ? even better than the remake of Metroid) and SEGA's mainstream offerings.

Comments Simon Jeffery, President and COO, SEGA of America. "For some titles like The Golden Compass we'll provide a compelling and similar game experience across all the major systems, and for other games like Mario & Sonic at the Olympic Games or NiGHTS we create specific gameplay unique to the capabilities of a platform like the Wii or DS. And with Universe at War we are leading the pack as the first third-party publisher to announce a game that takes advantage of cross platform play between an Xbox 360 and Windows. We are proud to show the world all of these games and more this week at E3."

Fair enough comment from Jeffery there, though he does lose a few points for not using the word 'exciting'; and the lack of claiming to 'be innovative' is a certain black mark. Come on Simon, that's press release writing 101!

Mulling the list, SEGA's offerings are pretty good this year. Ignoring the fact that Shen-Most-Lied-About-Videogame-Ever-Mu 3 is unsurprisingly missing, there's not that much for SEGA fans to be complaining about. New Sonic on the DS is always welcome, Ghost Squad for Wii is just so odd as to be a must-buy title (we'll check it out this week) and Sonic and Mario... Well, it's kind of like your mum and dad doing it really isn't it? You're glad it's happening but it does make you feel a bit sick.