And more on 'the fun bit' of the event, inside 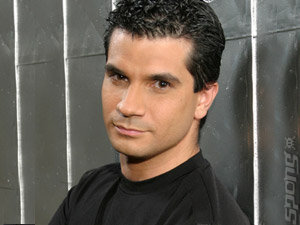 The inimitable Tommy Tallarico
While Adam packs his bags and (hopefully) manages not to lose his passport (again) to jet off to this year?s Min-E3 today, let us not forget that the UK has its own major gaming event in a mere couple of weeks time, with the Develop Conference & Expo opens its doors kicking open its doors on July 24.

Develop is slightly less about the dirty, filthy money business behind gaming and far more about the fun, creative elements behind what makes games work (or not) and thus, tends to be a far more relaxed and much more fun event for attendees.

However, when we say 'relaxed', most attendees will arrive with a fully-packed schedule, as over the three days of the show there are 75 sessions with nearly 90 speakers covering topics across seven tracks with enticingly-titled subjects as diverse as 'Textures and Shaders in the HD Era' through to 'Their Money, Your Life ? Raising Money For Games Companies'.

The latest confirmed international speaker is Tsutomo Kouno from the Japanese arm of Sony Worldwide Studios who will be talking about the creation of LocoRoco. In addition, the inimitable Tommy Tallarico (Tony Hawk's Pro Skater, among many others) will be flying in to Brighton to give one of his unforgettable presentations on the future of game audio. Rest assured, SPOnG will be nabbing interviews with both of these world-renowned development luminaries, as well as many more of the high-profile developers at the event.

In addition to the heavyweight conference programme there are also a number of more lighthearted sessions taking place this year ? ?the relaxed bit?. 'Opinion Jam', described as ?a conference, compressed? is made up of ten industry bigwigs who put their ludicrous opinions under a stress test. Within the 'Audio Track' there?s an open mic' session on the future of gaming audio, with a prize for the most controversial contribution.

And in the final session of the conference, there are plenty of contenders, but who is really the biggest know-it-all in the games development industry? Come and see eight industry show-offs face-off on stage in Buzz: The Video Game, a special knockabout session featuring Brighton-based developer Relentless Software's smash hit Buzz: The Mega Quiz.

?We?ve been able to build on our initial success from last year - attracting more speakers from further afield as well as more senior talent. This is a world class conference programme and one that will provide delegates with sessions that will make a difference, as well as entertain and inform,? commented event director Andy Lane.