BBFC claims that publishers want it to do the same. 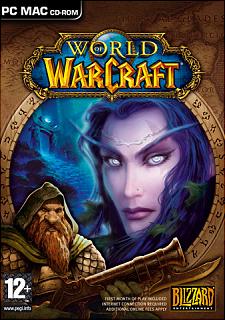 Will WoW still be 12+ under the new system?
All Images (2) »
The Interactive Software Federation of Europe (ISFE) has announced that the Pan European Game Information (PEGI ) rating system is being extended to include online gaming content for PC, consoles and mobiles.

The new system will mean that PEGI will rate downloadable games and content added online to games bought through traditional retail outlets.

Currently PEGI ratings cover games bought from store shelves and playable online, but they do not cover any content that may be added through online channels. World of Warcraft, for example, carries a PEGI rating of 12+, but content not contained on the disc is currently unclassified.

Europe?s Commissioner for Education and Culture, Viviane Reding, spoke in support of the new system at Expert Conference 2007 in Brussels, saying:

?The system is aimed at ensuring input not only by industry but also by all other stakeholders - including regulators, child welfare NGOs and child psychology experts who were consulted in the design of the system and are represented in the structure set up to run PEGI and PEGI Online.

?This is a good example of an industry initiative developed in co-operation with other stakeholders which allows a rapid and flexible solution to the problems of new technologies and greater safety for our children.?

Paul Jackson, director general of ELSPA (which is one of the founding members of the ISFE), also came out in support of the system, saying:

?We are fully behind the new PEGI Online system, which we hope will reassure parents that games which are playable online are being marketed responsibly by our members. The PEGI system has proved a great success since it started five years ago. Since April 2003 no less than 7,000 games have been rated - it?s all about ensuring the right games get into hands of the right gamers.?

The PEGI system, of course, is voluntary. That means that the ratings given are merely guidelines for consumers. The ISFE has no powers to penalise distributors that sell PEGI rated products to under-age consumers. It remains up to parents, therefore, to make sure their children aren't buying inappropriate games online, which is no mean feat.

The BBFC's ratings, as we've seen with the recent censorship of Manhunt 2, are legally binding, however. Games with certain content must be rated and retailers that breach the rating can be penalised.

SPOnG spoke to the BBFC to see if it has any plans to deal with online content. ?We don't have any legal powers to do so, but some publishers want us to.?

In the absence of any legal powers with regards to online materiel, which isn't covered by the video ratings act, the ratings would be of benefit only in as much as consumers are familiar with the BBFC's ratings and they could provide a guideline.

In any case, it's relatively easy for a shop worker to ask a customer for ID. With online materiel, age verification is currently not possible, making enforcing ratings nigh on impossible.

The new PEGI online ratings will be rolled out over the coming months, with "most embracing PEGI Online by the end of the year," according to the announcement.
People: Paul Jackson

YenRug 5 Jul 2007 12:32
1/5
Except that you have to be 18 to be issued a credit card legally, so if companies insisted you use a credit card to purchase 18 rated games, rather than a debit card, then you've satisfied the age check. Now, if someone allowed their child to use their CC, that's a different matter, but then again that's the responsibility of the holder of the CC.

Zoot Alors 5 Jul 2007 13:54
3/5
mrAnthony wrote:
well, what about the people that refuse to get a credit card, cos they lead to crippling debts. what will we do abotu our online gaming addictions.. what will we do!?

Joji 5 Jul 2007 14:15
4/5
This is gonna be come a big grey area. If content online is free, we could well see warnings in place next time you download an update for Gears. Is this really worth the time? Guess if its voluntary it will get used to cover developers and publishers.

What happens if it's paid content though? Live already bypasses credit card stuff with points, but PC stuff will always be a different story.

Tim Smith 5 Jul 2007 16:05
5/5
Joji wrote:
What happens if it's paid content though? Live already bypasses credit card stuff with points, but PC stuff will always be a different story.

What happens is that everybody will ignore the rating anyway. Everybody save for the bureaucrats whose entire roles in life is to produce paperwork.