Plus: gamers are no longer mouth-breathers 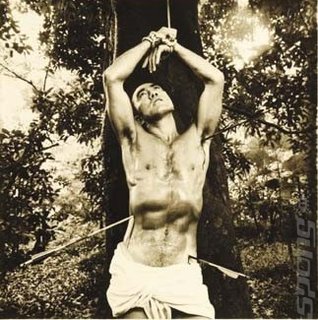 Speaking in an interview, Levine said, ?I think that [Japanese game development has] gone pretty static... They?re still trying to reach a hardcore gaming market in Japan that is actually shrinking and part of the reason is they?re making the same game for so long, you know, Japanese RPGs, that the audience is getting tired of it??

If what Levine says is true, it doesn't bode well for the hardcore gamers the world over. For a long time the Western hardcore have looked to Japan for deep gaming experiences, particularly in the RPG genre. If the Japanese market is becoming more vanilla ? as the popularity of the Wii and DS there would seem to suggest ? then sooner or later publishers will catch on and we'll see fewer and fewer hardcore releases emerging from Japan.

Would the West suffer is Japan went fully casual? Let SPOnG know what you think in the Forum.

On a lighter note, Levine reckons that 'The Gamer' has come a long way in the last few years, and we're no longer the bunch of social rejects that we once were. According to Levine:

?Five years ago, the typical [gamer was a] mouth-breathing? never had a date, potbellied nerd. And of course, they?re still there. You go into EB [Games, a video game retail outlet], now and you see like, freakishly cool kids in there. And those kids are really important, because the perception of coolness essentially, amongst any industry, is critically important to its growth... gaming is now past that border of, you?ll see kids going to a rock concert or to a motocross event, but they?re at an EB instead.?

He was speaking about American gamers, but SPOnG's pretty sure that their European counterparts are a ridiculously sexy bunch.

Levine's also of the opinion that gaming culture has evolved beyond lonely nights spent flatulating in front of the Xbox. ?There?s such a deep penetration into the mainstream that not only are games something that people do, but gaming culture is evolving, the Penny Arcade culture, is becoming a culture that is very separate from the actual playing of the game,? he said.