Flat Out the worst celebrity drivers 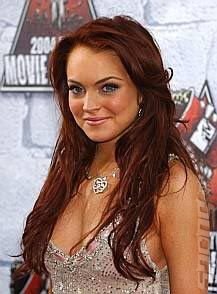 Lindsay Lohan: Fully Loaded?
All Images (5) »
Empire Interactive, the publisher behind FlatOut Ultimate Carnage, has found that party minx Lindsay Lohan and freckle-faced, ill-tempered, Portugese-nut cracking former Evertonian, Wayne Rooney, are among the world's worst celebrity drivers. Fortunately for them, Empire is dishing out a PR-saturated offer of assistance.

Empire, concerned champion of road safety that it is, set to work doing a survey of who we - the British public - consider to be the most dangerous drivers to encounter on a darkened road. Lohan came top in the women's category with 25% of the vote, having recently crashed her Ł160K Mercedes. Gives a whole new
meaning to the film title Herbie: Fully Loaded.

Also falling into the girls' category is jailbird Paris Hilton. SPOnG was considering a rescue attempt, but a spot of reflection on her driving abilities has convinced us otherwise.

Meanwhile, Wayne Rooney got beat off by Jay Kay of Jamiroquai, George Michael and Mel Gibson - the lucky chap.

Fortunately, Empire has a solution. "As we've discovered, some celebrities are unlucky drivers and are just as famous for their roadside antics as their profession," said Rob Noble, Empire Interactive marketing manager. "We recommend they create carnage on the roads and tracks of FlatOut Ultimate Carnage and act responsibly when driving in public." How fortunate that this came about during the game's first week of sale! The cad.

You can find SPOnG's review of FlatOut Ultimate Carnage here. Below is the full list of Empire's survey results.