Contestants to rock out in front of Mötley Crüe frontman 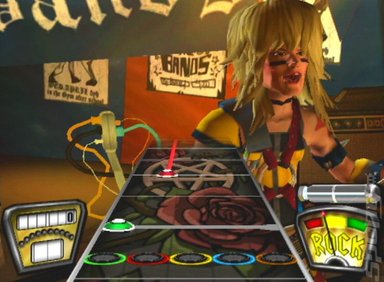 All Images (2) »
Mötley Crüe's legendry lead singer Vince Neil will be among the judges at a Guitar Hero II contest next month. For a moment there, we thought it was legendary BBC variety singer, Vince Hill, so we're relieved.

The event is part of the World Series of Video Games tournament, which recently kicked off its second season and has the honour of finding its way onto CBS and MTV among other American cable channels.

"It was clear from the beginning that we would need to call in the experts to separate the rookies from the rock stars," said the World Series of Video Games' president and commissioner, Matthew Ringel. "We are committed to creating a video game tournament that is as fun for spectators as it is for participants. Our new judging format will help deliver the same immediacy and fun to Guitar Hero II competition as some of the most highly-watched music shows on television."

Neil will join a panel of judges, which also includes MTV 'Style' VJ Coltrane Curtis, that will score contestants based on accuracy, difficulty and, of course, showmanship. Could Neil (who SPOnG suspects might secretly be Pamela Anderson's dad) be angling for a spot on Guitar Hero Rocks the '80s? SPOnG certainly hopes so.

The event takes place from July 5th - 8th at the (no snickering please) Gaylord Texan Resort.

Ray Tugley 21 Jun 2007 10:47
1/1
Coltrane Curtis? thats not his real name, it's Armatrading Vedder
Posting of new comments is now locked for this page.