60,000 places being made available 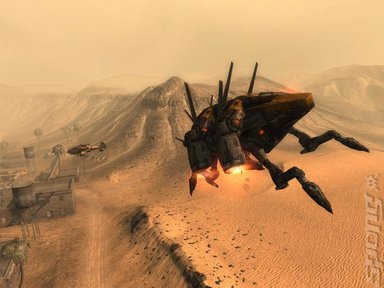 All Images (5) »
Activision has released the first details on the forthcoming public beta test for one of the most highly anticipated online games of 2007, Enemy Territory: Quake Wars on PC.

A posting on the game?s official website reads, ?The ETQW Closed Beta has been going extremely well and yielding excellent results. We want to give more people the opportunity to give us feedback on the game so we?re going to open a Public Beta with 60,000 slots available. This way we?ll be able to test many more combinations of hardware, RAM, CPU, graphics card, drivers etc. than we?ve been able to ourselves, and also get a better idea of how the game plays for the general gaming public.?

The Public Beta is set to consist of a single map named ?Sewer?, set around a Strogg base hidden in a Japanese a sewer - part of ETQW?s Pacific Campaign, described as an ?interesting mix of outdoor and indoor, vehicle and infantry combat, deployables and counter-deployables and good old-fashioned FPS combat.?

However, the developers do add that, "If you'd like to help us finish ETQW, we'd really appreciate your participation. If you want to just play a game for free you may find it a frustrating experience. This Public Beta is not the Demo - it's not the finished game, but an opportunity to get feedback from a large group of people while testing stability and performance on a wider range of hardware combinations.?

If you fancy signing up for an exclusive early taster of Enemy Territory: Quake Wars then head over to find out more and sign up here.

Read SPOnG?s monster-length Enemy Territory: Quake Wars interview with Splash Damage?s Paul Wedgwood right here. More details on the scheduled dates for the beta test and, more importantly, release dates for the PC and Xbox 360/PS3 versions of the game as soon as we get them.