Finnish developers to do the business 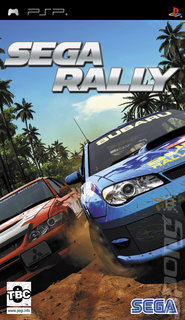 All Images (3) »
This is more like it. Sony PSP owners get to bez about the place with the release of SEGA Rally, due out this coming September.

See the pack and first bunch of artwork from SEGA Rally PSP right here and start getting excited about a PSP game again right now.

The development duties are being handled by Finnish driving game specialists Bugbear Entertainment ? which is great news if their latest Xbox 360 outing, FlatOut Ultimate Carnage is anything to go by.

Bugbear will build the new SEGA Rally game from scratch, working closely with Sega's Birmingham-based Racing Studio, which is making the PC and console versions of this stunning-looking game. SEGA Rally PSP is set to include Wi-Fi and online multiplayer modes.

SPOnG has been speaking to SEGA lately to try to find out a little more about the stand-out feature of the game ? which is the surface deformation on the tracks ? and, specifically, how this differs from that other rather tasty off-road racer, Motorstorm on PS3.