The Charts: Pirates Of The Caribbean Run Down

Johnny Depp hears a faint 'brum' in the distance... 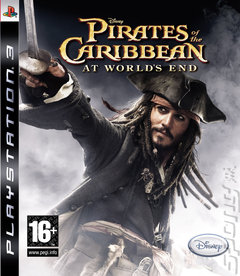 After a short-lived stint at the top, Disney's Pirates of the Caribbean: At World's End is put to the cutlass this week. Microsoft's Forza 2 runs it over, speeding into the All Formats Chart at Number 1.

The Xbox 360 racer might be slightly less fun that doing doughnuts in Australia's Northern Territories (SPOnG has it on good authority - but what isn't?), but that doesn't stop it becoming the fourth fastest selling game across any platform this year. It comes in behind only World of Warcraft: The Burning Crusade, Final Fantasy XII and the newly controversial Resistance: Fall of Man.

Forza 2 also claims the title of third fastest selling 360 title of all time, coming in behind Gears of War and Pro Evolution Soccer 6.

Lara Croft still sits sexily at Number 2, with Eidos' Tomb Raider: Anniversary retaining its near-top spot in its second week of sale. To find out whether it's earned that position, see SPOnG's review.

Number 3 is where Pirates of the Caribbean rests this week after its not-so-drastic walk off the Charts plank. Indeed, the gap between Pirates and Tomb Raider is a modest 1,000 sales. Disney's swashbuckler is propped up by another big film tie-in: Activision?s Spider-Man 3 on, once again, every platform you can shoot a web at.

Nintendo is the only publisher to see a Top 10 title climb in sales this week. The insistent Wii Play is up 14%, earning it the Number 5 spot, a place higher than last week.

Footy titles don't do so well this week, with both the superb Mario Strikers: Charged Football and Konami's PES 6 both dropping two places to Numbers 6 and 7 respectively. SPOnG can only speculate that the still-ongoing Spanish league alone is not enough to maintain the UK's interest.

Microsoft squeezes in a second Top 10 entry this week, with Shadowrun creeping up one place from Number 11 to Number 10. Cross-platform play between Windows Live and Xbox Live is not enough to even get the Halo 2 into the Top 40, however. The PC release of Bungie's big name shooter earns the franchise a place only in the PC Chart, where it débuts at Number 5.

Aside from Forza 2, this week's only new release to hit the Top 40 is EA's The Sims 2: H&M Fashion Stuff, proving that gamers aren't as testosterone-fuelled a bunch as we might like to believe. It enters the Charts at Number 11.

Nintendo claims the highest Chart re-entry this week, with Zelda: Twilight Princess barking its way back in at Number 24. The company also enjoys the first Chart appearance of Wario: Master of Disguise for the DS, which stealthily enters the Top 40 at Number 31.