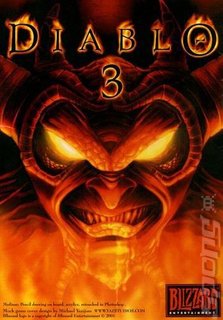 Halo 2 for XP
You may remember our report in late April that a software reverse-engineer by the name of Cody Brocious was working on software to make DX10 games playable on platforms other than Windows Vista.

Well, now it appears he has joined forces with another company and put his technology to use sooner than expected. The lad has announced that he has ?merged? his project with Project VAIO to create Falling Leaf Systems and develop software to make Vista exclusive titles such as Halo 2 and Shadowrun compatible with Windows XP.

Falling Leaf has come straight out and said Microsoft?s pants are on fire for claiming DX10 was too difficult to port to XP, with its CEO Brian Thomason declaring that ?Microsoft has, in typical Microsoft fashion, decided to launch their forced migration onslaught in full force with the release of two games that will only run on Windows Vista.?

?First they claim that it was impossible to implement DirectX 10 compatibility atop Windows XP, and now they also want us to believe that they couldn?t successfully launch two DirectX 9 based titles on XP either,? added Thomason. ?We plan to expose both theories as patently false.?

Ouch. The company says that the compatibility software (estimated to be released in July) will be free of charge if the titles are purchased via its website, it is not known what it will be charging for the software on its own.

Diablo 3 Announcement at Blizzcon 2007?
After its long awaited StarCraft 2 announcement last month, rumours are building that Blizzard will also be giving Diablo fans some loving at this years Blizzcon with the company suspected to be preparing reveal Diablo 3.

Drawing together bits of information such as increased hiring on the Diablo team, Starcrafttwo.com?s Medieval Dragon has done some detective work and come up with an educated guess that the convention will feature an official Diablo 3 announcement.

Most telling is an interview with fantasy author and Diablo writer Richard A. Knaak where upon being asked straight up if he was writing for Diablo 3 he replied: ?I am not writing for a dead world ? but a world with dead. ?nuff said!?

Blizzcon opens its doors on August 3rd in Anaheim

As of now Half Life 2: Low Cost and Deathmatch can be downloaded free of charge for those that qualify, while those that rush out and pick up shiny new RadeonT?s will be offered Teamfortress2, Half Life 2: Episode 2 and PortalT when they become available.

After kicking off a survey of its Steam users last week, the company has put the results up on a constantly updating page showing everything from network speed, to RAM, processors, video cards and operating system.

When SPOnG popped in at midday on Wednesday the 6th of June, we found that out of the 390,000 odd surveyed so far, there was a statistical tie between AMD and Intel for choice of processor (with Intel just scraping ahead at 51.46%), while Windows Vista take up has been quite low, making up only 5.4% of systems compared to XP?s 92.88%.

Sure Vista hasn?t been out for that long, but its slow take up by gamers certainly indicates that perhaps DX10 isn?t enough to lure the majority away from XP.

Surprisingly, a large chunk of users endow their rigs with under a gig of ram (47.12 % had 512Mb to 999Mb) despite the vast majority having CPU speeds well over 2Ghz.

Nvidia appears to be top dog when it comes to graphics on steam too, with its GeForce 6600, 7600 and FX 5200 all beating out ATI?s Radeon 9600. Overall Nvidia tech is present on roughly 55% of Steam systems, while ATI sits closer to 30%. If ATI?s free game deal proves popular though this number could jump.

Overall the survey results lean towards lower end systems, how does your rig compare?