World In Conflict Confirmed For Xbox 360 - New Screens Inside 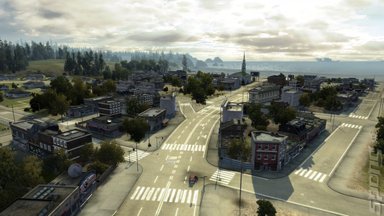 All Images (11) »
World In Conflict is one of the most impressive PC strategy games that we have ever played, so it?s nice to hear that Vivendi and developers Massive Entertainment have finally, officially announced that the game is heading to Xbox 360 as well as PC.

Speaking to the team at Massive earlier this year, SPOnG had an inkling that a console version of this ?alternate cold-war history? era real-time strategy game, which features the most frightening nuclear mushroom cloud explosions outside of our childhood nightmares (or Hiroshima and Nagasaki), was part of the masterplan.

While it is certainly not the first major RTS to make the move across to home console (EA?s recent Command & Conquer 3 being the most recent example of a console strategy title), the fast-paced action and short twenty-minute bite-size games in World In Conflict are sure to lend themselves perfectly to a very enjoyable sofa-based 360 experience over Xbox LIVE.

Here, to celebrate the news, is a bunch of new screens from the game, in which you get to do battle with the ?Evil Reds"? as the Soviet Army dares to roll into European suburbs and a bucolic middle America

You can read our World In Conflict interview with Massive Entertainment's Martin Walfisz right here.

? No, not the English football team - we mean, the Communists of course.