Never Underestimate The Power of Pokemon 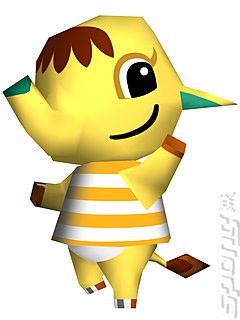 Bear in mind that more than 40-million of the handhelds have been sold worldwide.

There are over sixty DS titles which support online multiplayer over the Wi-Fi service with the most popular being Nintendo's first-party handheld classics Animal Crossing: Wild World, Mario Kart DS, Metroid Prime: Hunters, and Pokemon Diamond and Pearl.

Nintendo?s claims, from its own ?internal demographic tracking studies? claim that over the last 18 months, DS purchases have increased by 42% amongst women, 127% amongst people over the age of 30, and 212% amongst consumers older than 35.
Companies: Nintendo
Games: Animal Crossing: Wild World Mario Kart DS Metroid Prime: Hunters Pokémon Diamond Pokémon Pearl