The hackers are at it again 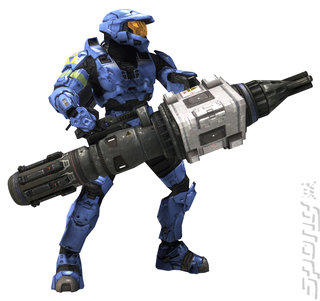 Hacking skullduggery around the Halo 3 beta has revealed some new tidbits of information, including some of the single-player missions that may make it into the final game.

More specifically, a list of Achievements has been uncovered. In among the Achievements are what appear to be level names. Included in the list are: Jungle, Base, Outskirts, Voi, FloodVoi, Wasteland, Citadel, High Charity and a level on Halo itself.

Also included in the list of Achievements are the tough to find skulls, which in Halo 2 altered a level's gameplay.

The list of Achievements is unlikely to be final, since one of those listed bears the title "placeholder" suggesting there's still work to be done.

This isn't the first time that hackers have supposedly unearthed new details from the Halo 3 beta. Last Monday SPOnG brought you details of several gameplay modes discovered, along with a handful of new weapons and vehicles. As we said then, the information emerging as a result of hacking should be treated as suspect since it may be from abandoned code or red herrings planted by Bungie.

The full and unabridged list of Achievements allegedly uncovered? runs as follows:

For the latest on Halo 3 be sure to check in on SPOnG's dedicated game page.

Turkey Volume Guessing Man 29 May 2007 20:48
2/7
I do. These sound like some awesome achievements.
more comments below our sponsor's message

...and people have been complaining about the level of debate regarding FIFA '08?

# how do you turn skulls on?
# do you have to be online to use them?

MACHETE 101 26 Mar 2008 15:07
7/7
you can only use the skulls in campaign mode and you turn them on by hitting x first then u choose which ones u want turned on but u must first be at the starting screen of the campaign mode
Posting of new comments is now locked for this page.