And why making a hit does not mean rushing it. 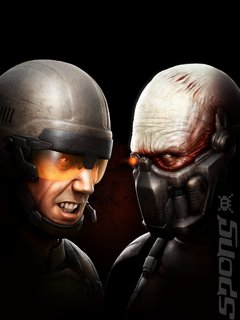 There are quite a few highlights in the final part of our mammoth interview with the man responsible for Quake Wars: Enemy Territory, Splash Damage's Paul Wedgwood, including the fact that the game has not been softened-up ('nerfed') for console players.

Says Paul:
"Oh, yeah, we?re not ?nerfing? the gameplay or anything like that to make it easier for console gamers. Console gamers have the advantage over [keyboard and mouse] vehicle control and keyboard and mouse probably have the advantage with the first person shooter controls. So, as long as those two groups of people are not playing against each other on the same server then that?s not a problem Right now. And I know that Shadowrun and games like that are thinking about that, that [cross-platform play] is a big feature for them but that?s not something that we have been focused on or concerned about."

There is also passing mention of Valve's Gabe Newell. According to Paul..."I heard the story ? I don?t know if its true ? of Gabe Newell from Valve Software going to the ATI-sponsored $2-million launch party for Half Life 2 on Alcatraz Island? when the game was a good year away from completion. And..."

You're going to have to read the interview in full to find that out. Read it here.
Companies: Splash Damage
People: Paul Wedgwood
Games: Enemy Territory: Quake Wars