Has Renderware died in vain? Will it live again? 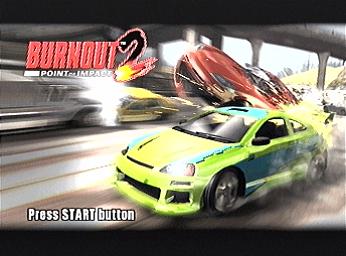 Burnout 2
William "Bing" Gordon is Chief Creative Officer of Electronic Arts, so when he talks the industry listens. And recently he's been talking about why EA has decided to license the Unreal engine when, in 2004 it paid a substantial dollar figure† for Renderware producer, UK-based Criterion.

Just as a reminder for those new to (or those who have forgotten all about) Renderware. It was at the time (early 2000s) the leading middleware used by developers to create game engines - it meant that devs no longer had to re-invent the wheel every time they needed an engine - it was used in Max Payne 2 and Burnout II, for example.

So, the last thing on anybody's mind was that EA bought Criterion in order to kill it off. Back to 'Bing', who was speaking in a Gamasutra†† interview.

"Renderware didn't get the next-gen parts that we needed. We actually underestimated Epic early on. They told us, 'We're going to do this, this, and this,' and we thought, 'Eh, it's going to be kind of hard.' We also overestimated our team, then we looked up three months, six months, and nine months later and said, 'Whoops, we underestimated Epic. Again. And overestimated our own team.' We had a couple of teams that were waiting on Renderware. We probably stuck with it too long.

This, then, seems to propose that it was mismanagement rather than a deliberate policy by EA of buying the leading middleware simply in order to stop anybody else benefiting from it. So, what is the in-house (Rendware) team up to now?

According to Bing, they're working "Mostly (as) a dev house".

Plasmoid 24 May 2007 20:22
1/4
Renderware was also used for all the GTA's on the ps3 but for liberty city and vice city stories. It was an earlier version that rockstar tailored to their needs, but its worth noting.

My Friend who was a developer in ea (yeah, i know how that sounds) said he even suggested it to them, they do a whip around for ideas every now and then of ways to screw everybody else over.

Buying renderware was an excellent idea, it cut off lots of EA's competitors from they only thing they knew how to use on the ps2. It should hardly be surprising that they're dropping it now, none of EA's in house engines have ever been that good, nothing EA has bought has ever gotten much better and of course, EA went and chopped it up and spat out most of its management.

Joji 25 May 2007 01:49
2/4
Not surprised really. If EA had sense though they'd keep Renderware going and use it for Wii development, as I'm damn sure Wii would have no trouble with it. Next to 360 and PS3 games Wii could still pack a punch.

By using the Unreal engine only, that will put Wii on the canvas already. Can't say what EA have lined up for Wii, but when I see Epic not bothering with Wii, I ask that question and the answer I come up with is the UR3 engine might/would be too demanding for Wii. Fair enough.

Renderware still looks great, so why not use it for Wii development?

soanso 25 May 2007 08:47
3/4
good point. They could make good looking good quality Wii software without really needing to spend too much time or money.

Jernonymous 25 May 2007 13:08
4/4
It's a sad state of affairs when even a big publisher like EA can't get their act together to create an engine that's useful across multiple products and stands the test of time. Yeah, Renderware probably was over-engineered and cumbersome, but it was in a working state when they purchased the company and it should've been salvageable if they had been willing to commit the talent to it.

And by talent I mean a solid team of engineers who've all done 3-4-5 games and know what's needed for at least a couple of non-trivial genre's, and headed by a top-notch architect and manager with the backing from the rest of the company. Although it has to be said that that's only the start of the thing, it's counter-productive to impose something like that, you'd need to evangelise it internally.

Of course that last is the sticking point... sometimes EA is its own worst enemy (and thank f*ck for that as far as the rest of us are concerned).