And into a new genre 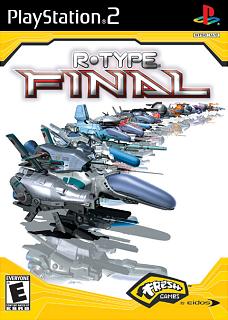 The most misleading title for a game ever?
The next R-Type game will be for the PSP, according to Japanese gaming bible Famitsu.

Very little is known about the Irem-developed game beyond the fact that it will be called R-Type: Tactics and that it will shift the classic vertical scrolling blaster into a turn-based strategy outing - go figure.

News that there's still more R-Type to come is welcome indeed, since R-Type Final was (appropriately) expected to be the last entry in the series.

Of course, the question 'Why a strategy game?' does scream out at SPOnG. The game's producer, Kazuma Kujo, dealt with the question when talking to Famitsu. Basically, Irem wants you to look at the game and think ?this is something new.?

R-Type Tactics will hit Japan later this year. When it will hit the West is unknown.
Companies: IREM
Games: R-Type Final