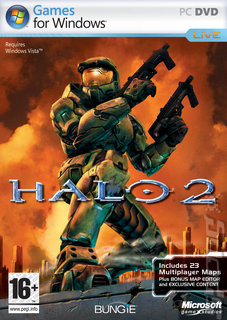 All Images (4) »
PC owners are going to have to wait a wee bit longer for Halo 2. The game has slipped another two weeks into June.

The news comes from a Microsoft press release that (almost proudly) states, ?Microsoft Games Studios today announced the eagerly awaited Halo 2 for Windows Vista, will be available on 8th June.?

So, to recap, Microsoft has now missed the launch date of Windows Live, and made PC gamers wait three weeks longer than they expected for a game that's been available on the Xbox for two and a half years. Was that not long enough to port the code to the PC and create a few extra maps? What does this say about Vista?

The Halo 3 beta, however, is still going strong. Bungie released a content update on Tuesday, and excited fans of Elton John tribute bands (or the Arcade Fire with style, depending on where you stand) by co-opting the Scissor Sisters into an online multiplayer session.