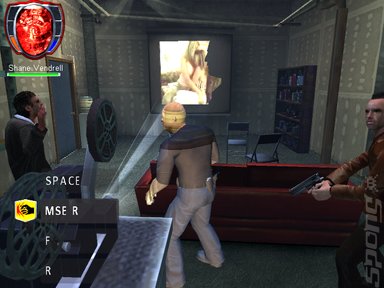 SPOnG had a quick word with Xsplosiv and was told that, thanks to an eight months gap between the US and European releases, the development team's spent a lot of time addressing gameplay issues such as graphical balancing and AI targeting issues.

Michael Chiklis, who plays Mackey, has been doing well for in-game time recently. As well as his character appearing in The Shield he also plays the ever-lovin' blue-eyed Thing who stars in Activision's upcoming Fantastic Four: Rise of the Silver Surfer.

The Shield's coming to the PS2 and PC soon. Keep your eyes on SPOnG for a full preview of The Shield coming later in the week.
Companies: Xplosiv Software
Games: The Shield

the shield rocks my arse, series 6 is fantastic, s**ts hitting the fan as per

the game though, wasnt the copy that has already seen reviews so bad that unless 'redeveloped from the ground up' passes as a tweak these days, us shield fans are screwed?