Exclusive: Gotham 4 to Feature Bikes - Full Story Inside and More!

Bizarre takes a cue from the Gran-daddy 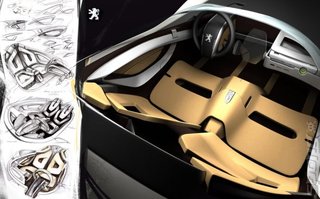 PGR4 - imagine this, with motorbikes... woot!
SPOnG can reveal today that the eagerly-anticipated racer from Bizarre Creations, Project Gotham 4, will feature massively-expanded content over previous games, with the spawn of the Dreamcast's Metropolis Street Racer featuring a full suit of motorcycles.

Confirmed by both European and American sources, Gotham 4 will carry a vast array of motorcycles from the world's leading manufacturers. Right now, licensing deals are under way and as such, the code recently seen by our spies was displaying bikes on tracks with little in the way of official livery.

Perhaps the best news is that bikes and cars will be competing head-to-head in both on and offline versions of the game. We are told the bikes can crash, though this element of the code was not complete so unfortunately, we can only imagine the marvellous Road Rash-style mishaps that will result.

We can confirm that the bikes will be able to gain kudos and make use of PGR's unique score system thanks to some tweaks. For instance, wheelies, endos and low-bank, high-speed turns will all rack up the meter.

Regular readers will know, we have something of a track record on revealing racing games heading for two-wheeled expansion, revealing way back in 2003 that Polyphony was working on a bike game, referred to at the time at SCE at Gran Turismo Bikes, some two years before the official announcement of Tourist Trophy.

Back onto matters Gotham for a moment, it also appears that Bizarre is taking a stab at Gran Turismo on another level. We are told that a "massive amount" of retro cars will be lined up for PGR3, making it a more eclectic petrolhead experience. "The focus of the series has shifted away from just new cars. There's going to be a significant amount of the game which encourages players to compare the old and the new," we were told.

That's all for now. Expect everything on PGR4 on these pages as the unspecified release date of what should be a truly great game draws near.

Forza 2 didn't live up to PGR3 in my opinion. There was no tension in the gaming action, the environment felt lifeless... mweh. It felt like a PC game. I hate the feel of PC games so feck it. PGR4 FTW! XD

Forza is about racing, no extraneous garbage. I don't know what tension you're missing, the tension of having to break the rear wheels loose on a straight for no apparent reason just to keep some kudos combo alive? You can keep it.