In other news, world not flat after all 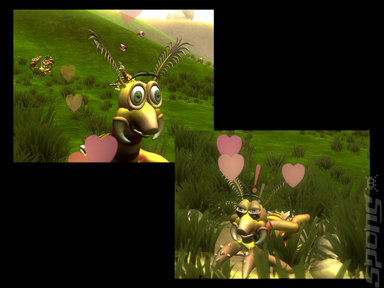 All Images (5) »
Hardly the most surprising news of 2007, but it?s just been ?officially? announced by EA?s big bossman John Riccitiello that Will Wright?s phenomenal-looking Spore has slipped ?out of fiscal 2008? which basically means we are not going to see it till next spring. At the very earliest.

Riccitiello promises that Spore will get a release very early in ?fiscal 2009?. SPOnG will be sure to hold him to this on April 1st 2008. We hope he is a man of honour and that his word is his bond!

"Spore is a title we have enormous confidence in," Riccitiello added, "I've had the chance to review the title three times in my short return to the EA and it looks fantastic.

In case you have been living in a media-free bubble for the last two years, you might need reminding that Spore is a game in which you control and nurture your own lifeform, right from the very beginnings of its evolution as a single-cell organism, all the way through to managing a race of fully sentient beings in outer space.

To say it is ambitious is not the half of it. See SPOnG?s Spore page for more info or check out our Will Wright interview from last summer, where we found out a little more than Will?s PR minders wanted us to about all things Spore ? mainly that it is bound to follow on home console but as there is as yet no ?official announcement? to that effect then we are not allowed to tell you, otherwise it might have a 'cannibalising effect' on sales of the PC version, if people are hyped up to wait for an as yet unofficially-announced home console version. Or something.

It won?t. We, like you, will be snapping up the PC version of Spore the minute it hits the shelves in April 2008. That is, if Mr. Riccitiello is a man of honour, of course.