Miyamoto: I Could Make Halo

But he chooses not to 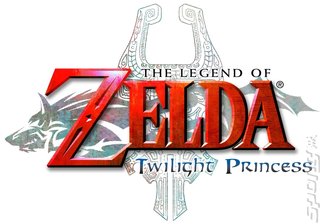 Nintendo super-God, creator of Mario and The Legend of Zelda (among others), Shigeru Miyamoto told an interviewer in the United States this weekend:
"I could make Halo? It's not that I couldn't design that game. It's just that I choose not to? One thing about my game design is that I never try to look for what people want and then try to make that game design. I always try to create new experiences that are fun to play."

Maybe he's decided that sales of his latest Zelda game is not what people wanted, "To be honest with you, Zelda: Twilight Princess is not doing very well at all in Japan. It is very disappointing," Miyamoto told an Entertainment Weekly interviewer over the weekend.

"But it is doing okay here in America," he added. A line which SPOnG can only assume would have been delivered with a certain amount of ironic understatement.

In terms of real-world ?bug-bears? that he may consider using as the basis for new game ideas he mentioned kids who don?t give up their seats to older passengers on public transport (he uses public transport?) and tax evaders, adding, "I look at places in the world where people understand that paying taxes to the government helps society. In Japan there's not that understanding."

Erk! Tax fraudsters of the world beware. You no longer have to worry about that scary brown letter from the Inland Revenue or the IRS. Mr Miyamoto is on your tail!

realvictory 8 May 2007 13:04
1/2
"I never try to look for what people want and then try to make that game design. I always try to create new experiences that are fun to play."

Well, that's the sort of game I look for to play.