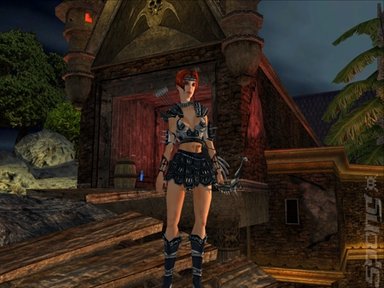 The title, originally developed for the PC, drops players ?in a fantasy medieval world, where a dimensional portal to the Outer Worlds has opened, and an enemy from the darkness has encroached the world.? So says DDI. For more on the game's plot head to SPOnG's dedicated game page.

?This is already a great game on PC, which is greatly improved with the extensive use of the Wii controllers, to make the player immerse into the magic casting and weapon wielding adventure. We are excited to bring this new genre onto the Wii console.?

If you're a PC gamer and a bit miffed at being told you're getting a second rate game compared to its console equivalent, SPOnG understands.

If you're a Wii owner, however, you can chuckle to yourself in satisfaction and enjoy the first screens below.
Companies: DDI
Games: Call for Heroes: Pompolic Wars