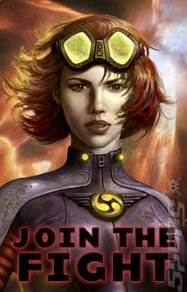 Closed beta testing for the Richard Garriot’s MMO, Tabula Rasa, starts today in readiness for the U.S. and European launch in the Autumn.

The game comes from the legendary – okay, he’s real and not all legendary – creator of the Ultima series of RPGs, Richard Garriot, A.K.A. Lord British and his Austin, Texas-based Destination Games development team.

Garriot told the world, “With closed beta testing now in progress, we’re excited to hear more what our players think. With fast-action and tactical combat in an RPG setting, a deep and interesting fictional universe, and many feature innovations, we think we’ve created a game that represents the next generation of MMO games and will revolutionize the way people play online games.”