Calling all Cars delayed due to ?key bugs? 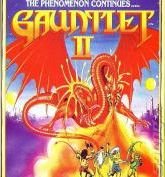 All Images (4) »
Gauntlet II hits the PlayStation Network this week. It won't be joined by God of War creator David Jaffe's Calling All Cars thanks to bugs, the developer has said.

According to Sony, purchasers of Gauntlet II ?Enter a dungeon with several hundred levels as players defeat monster generators that churn out wave after wave of enemies.? As well as the usual swords and sorcery we've been led to expect by the game's first arcade outing, the PS3 version features networked play and leaderboards.

Despite Sony recently announcing that Calling all Cars will be released on May 18th, David Jaffe had previously said that the game would be released tomorrow. Feeling the need to apologise for the game's non-appearence yesterday, Jaffe explained what happened in a forum posting last night, stating, ?Sony was kinda annoyed that I claimed 5/3 as release date as it was never official. The game got kicked out of format as two very key bugs were found at the last second.?

Over the next few weeks keep an eye out for Nucleus and Super Stardust HD on the PSN.
Companies: Sony
Games: Calling All Cars