Oh Dr. Conners, what big teeth you have... 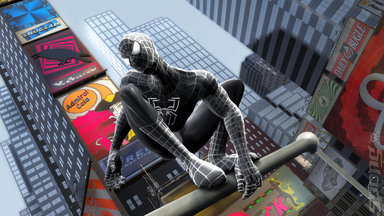 All Images (4) »
Activision's PR machine is marching inexorably towards Friday and the launch of Spider-Man 3. Lest we forget, the publisher's thrown us this new trailer to remind us.

The footage shown gives us our first glimpse of the Lizard, the Kingpin and someone who looks like she might be the Black Cat. While Doc Conners, The Lizard's one-armed alter ego, has been kicking around the Spidey film franchise since the second installment, we've not seen him go reptilian on Peter Parker's ass before.

Similarly, the Kingpin was seen in the Daredevil movie, but has yet to appear in a Spider-Man film. Presumably licensing issues have stopped the crime boss's appearance in Spider-Man films (20th Century Fox made Daredevil, while Sony is bringing us Spider-man 3) but don't apply to the games.

In any case, have a look for yourself to get your juices flowing in anticipation of the game's release this Friday. If you need another fix, you can find more on SPOnG's dedicated game page.